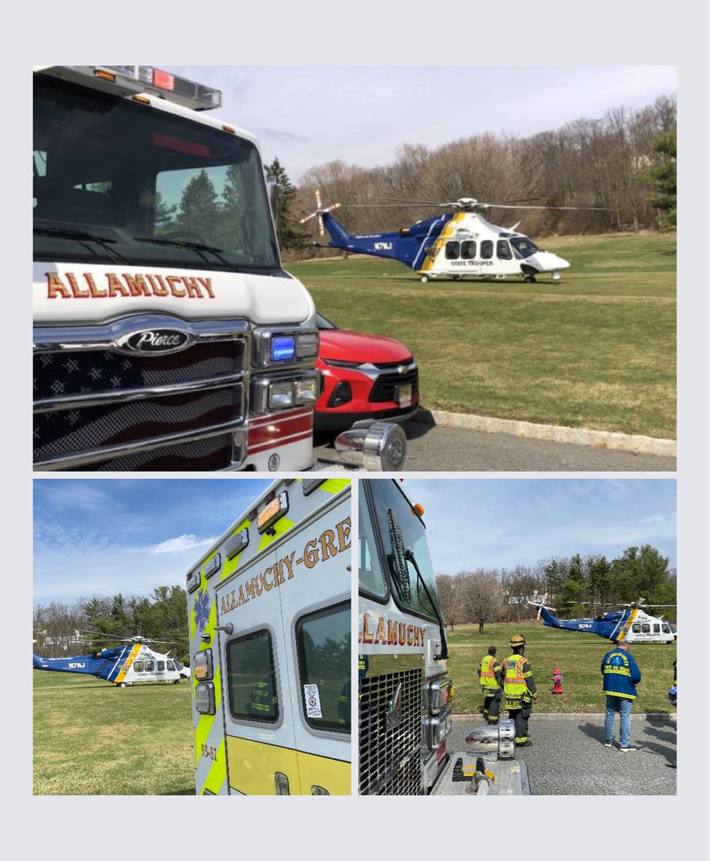 Earlier this afternoon, members responded out to assist the Allamuchy-Green First Aid Squad by setting up a helicopter landing zone for a critical patient. Members arrived on scene and began setting up landing zone markers on the fairway at PVGCC. New Jersey State Police helicopter “Northstar” arrived on scene shortly after. After the flight crew assessed the patient, members assisted North Star’s crew by loading the patient into the helicopter. Members began clearing the scene and reopened the road shortly after the helicopter took off and went in route to the hospital.