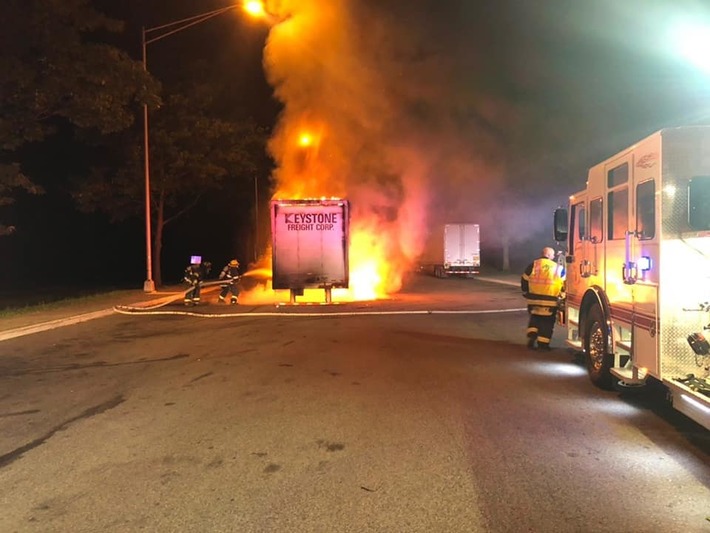 July 11, 2019 - At around 2:50am, firefighters were alert for a possible vehicle fire in the rest area of Rt80 west. As the first due engine was in route, it was confirmed that there was a working fire at the location and that it was a tractor trailer.  91-60 was first to arrive on location, confirming the fire and requesting an additional tanker to the scene from Green Fire. 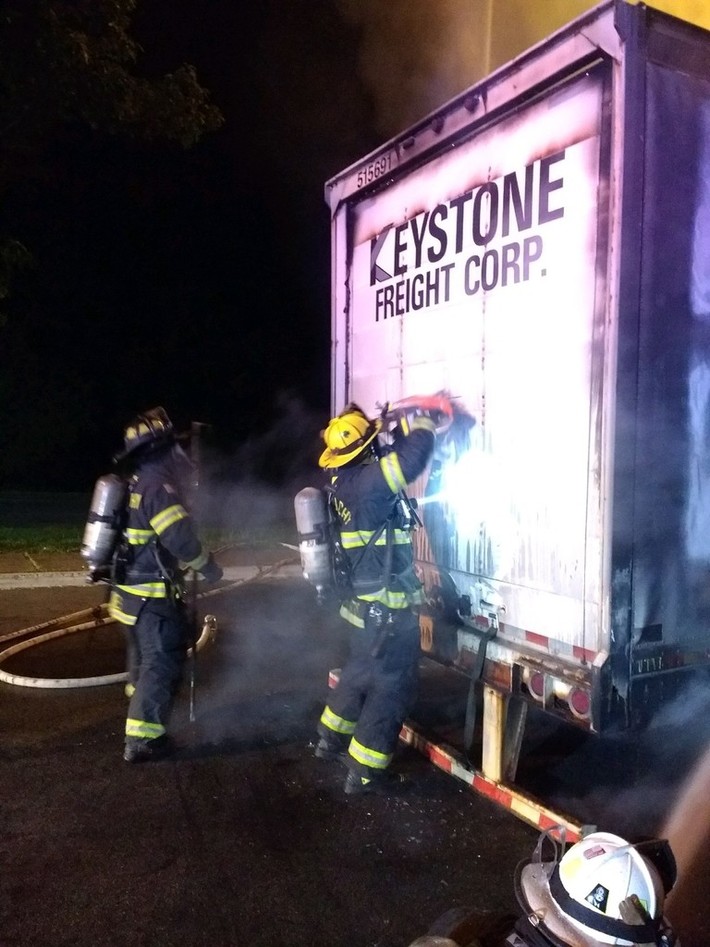 91-61 was the first engine to arrive. Crews stretched two 1"3/4 hand lines to attack the blaze.  The fire was under control within minutes, and overhaul operations began.

All units were clear of the scene within 2 hours, and the cause of the fire is under investigation. 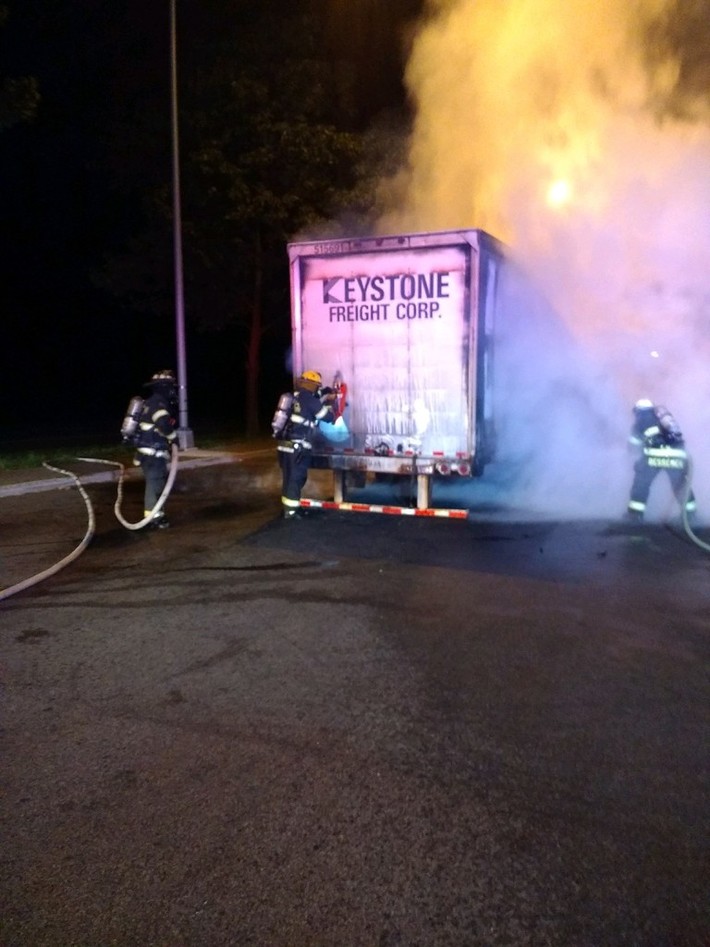