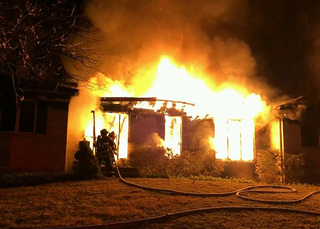 January 31, 2018 - At 4:16am on January 31st, Allamuchy Firefighters were alerted for a smoke condition at 34 Mallard Drive. As firefighters were responding to the station, Captain James Bessemer arrived on scene confirming a working fire with heavy fire showing on the front side, requesting mutual aid from Hackettstown, Independence, Green, and Budd Lake fire departments. Chief Rick Lomonaco arrived moments later and 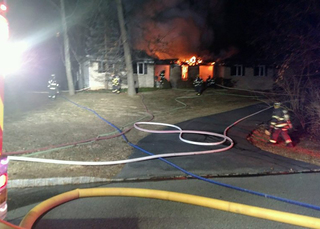 received an update from NJSP that the residents may still be inside.

First due Engine 91-61 arrived on location within minutes and firefighters immediately went to work. Two 1 ¾” hand lines were stretched to the front and rear of the house to knock the 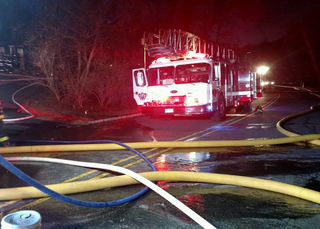 fire down. As the fire was being pushed back, members made entry into the house to search the unburned rooms. Within minutes, both victims were located.

As firefighters from other departments arrived on scene, additional hand lines were stretched adding water to the heavy fire load. Interior crews located the basement stairs and worked their way down to search for possible fire extension. 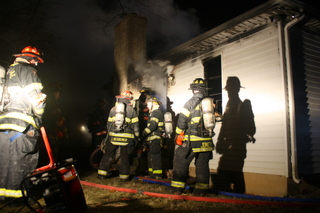 After about an hour, the fire was placed under control and overhaul operations were being conducted.

“This was a tragic situation for our volunteers, and along with the residents of this community, we are all going to feel it for a long time,” says Fire Chief Rick Lomonaco. 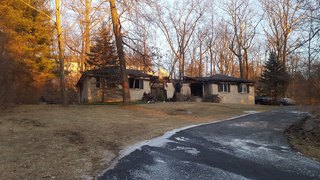 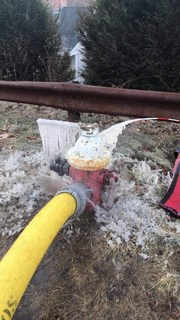